One of the world's most famous steam locomotives. 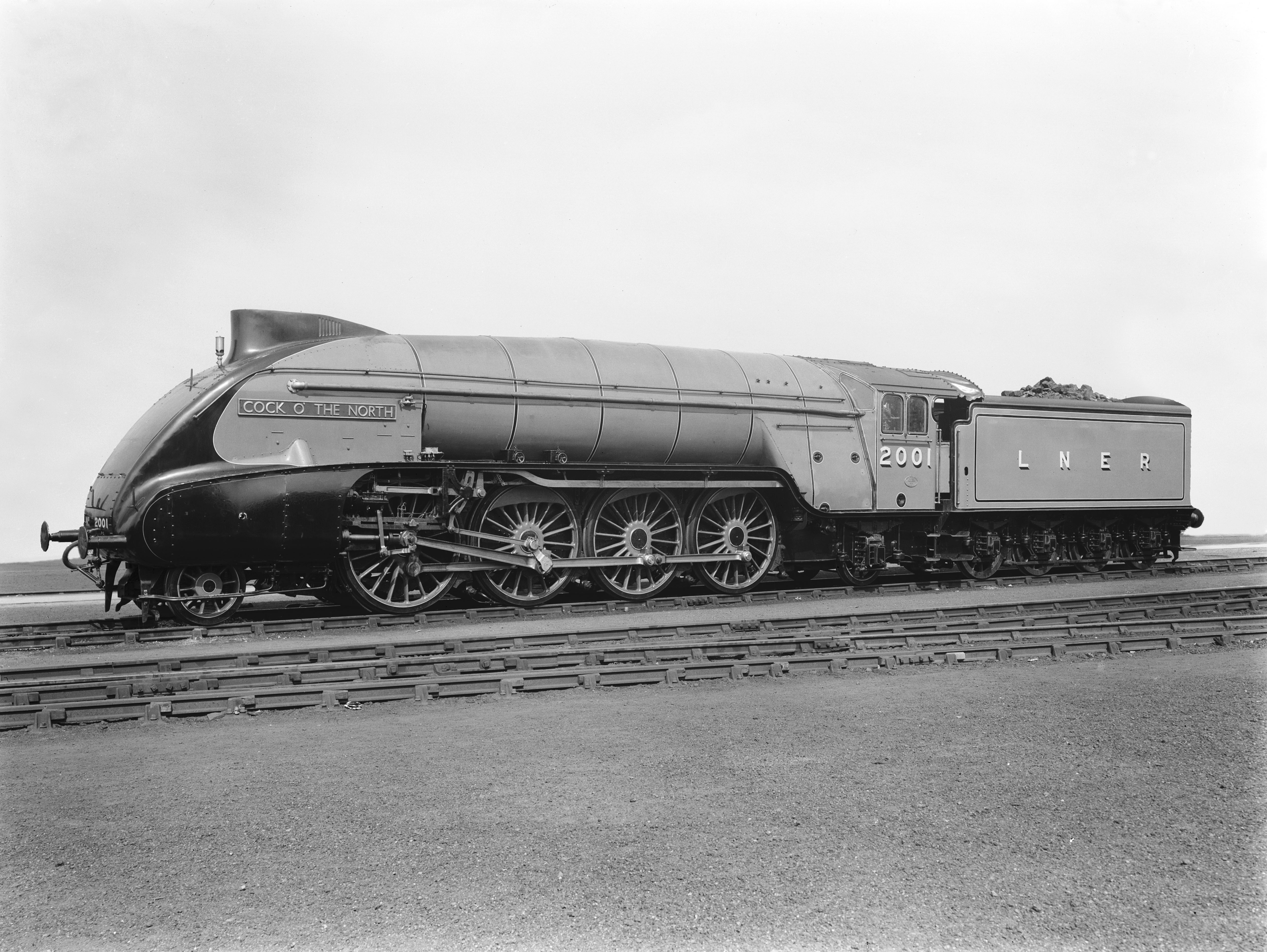 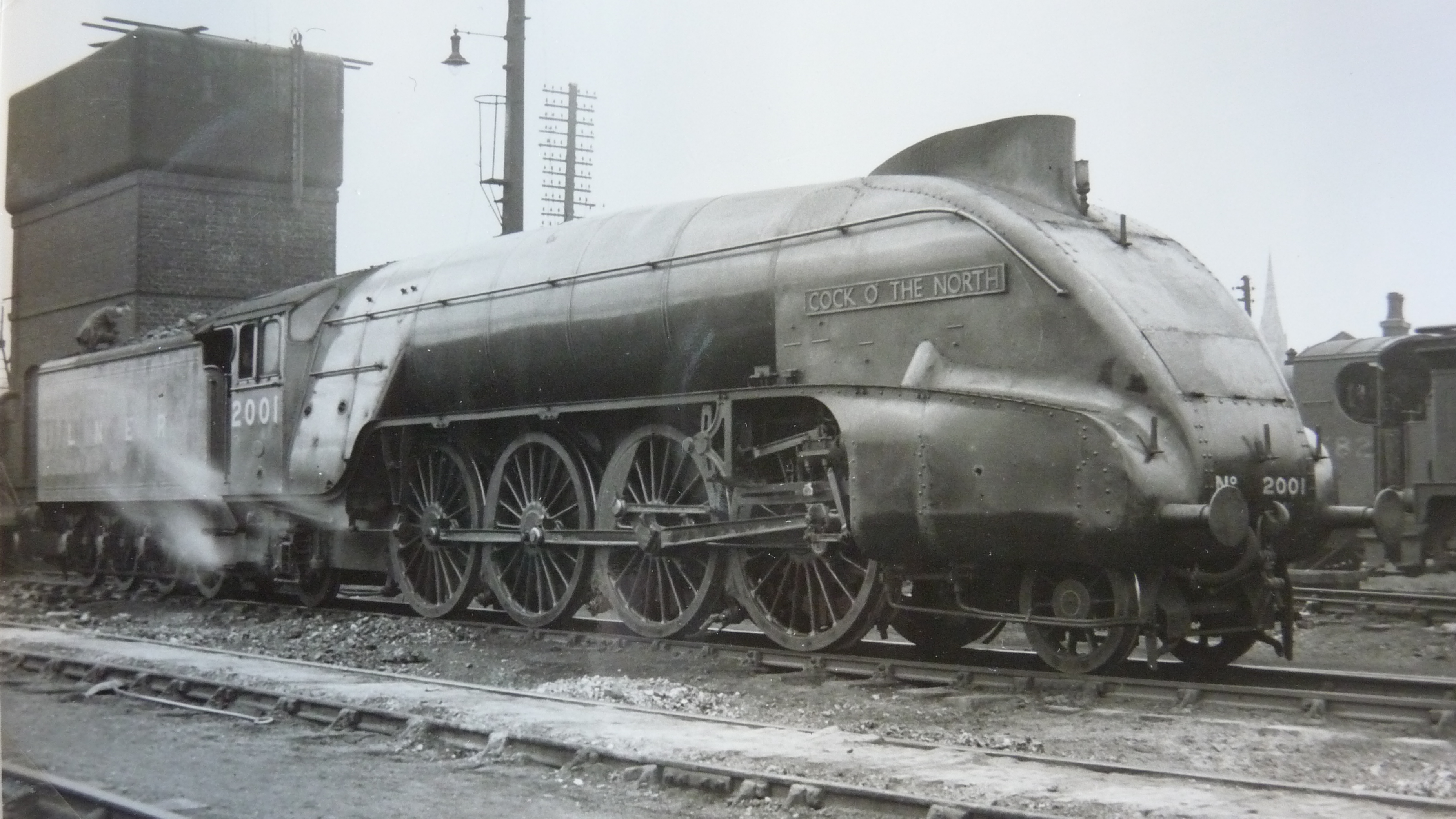 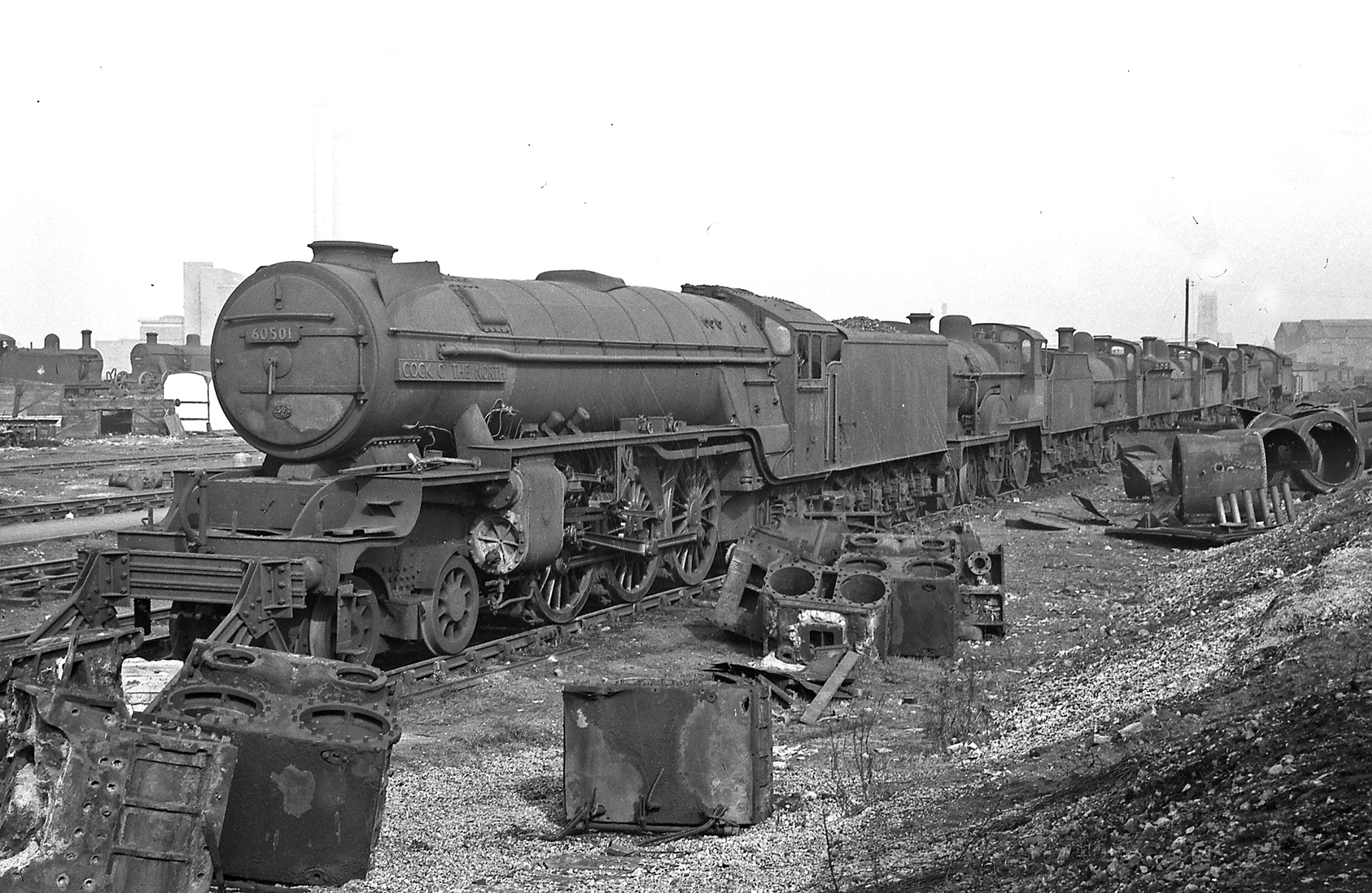 Design planning for the locomotives commenced in 1932 under the LNER’s Chief Mechanical Engineer H.N.Gresley (later Sir Nigel Gresley).’Cock O’ The North’ first appeared after construction at the main LNER works at Doncaster in 1934 where the famous Flying Scotsman locomotive had been built eleven years previously. Novel features such as the Kylechap chimney / blastpipe and Lentz rotary cam poppet valve gear were incorporated into the design. Prototype P2 ‘Cock O’ The North’ was to remain unique as the five following engines of the class were built with the more conventional Walchaerts valve gear. The last four P2 locomotives were built to a production standard that included the Bugatti style wedge shaped front end as used on the succsessful LNER A4 Pacific locomotives. ‘Cock O’ The North’ was later rebuilt to this design standard in 1938 and it is in this condition that we plan to recreate the locomotive.
The P2s were the only eight coupled express steam locomotives designed for use in the UK. They were designed for the Edinburgh to Aberdeen mainline, which was noted for its steep gradients and tight curves. They had sufficient power and adhesive weight to replace the earlier requirement of using two smaller engines double-headed. Initially, trials for the locomotive were conducted on the ECML from Kings Cross to Doncaster for running in purposes before transfer to Scotland and being based at Haymarket (Edinburgh).
Sir Nigel Gresley died in office in 1941 during the Second World War and his successor, Edward Thompson, was less than enthusiastic about Gresley’s locomotive designs, one of his main criticisms being the conjugated 3 cylinder valve gear which needed frequent attention in the war time conditions that prevailed. There had also been criticism of the locomotives because they were not ideally suited, with their long wheelbase, to the difficult route that they were designed for.
As a class of only 6 locomotives, Thompson decided to rebuild them into a Pacific 4-6-2 arrangement between 1943-1944. The rebuilds were never a success and they were withdrawn in the late 1950s and early 1960s and eventually scrapped. They were the first class of LNER Pacific to be withdrawn. If the original locomotives had been transferred to the LNER southern area they would have been invaluable during war time in moving the excessively large passenger trains that were operated along the ECML. Why this was never considered is one of the unanswered questions of railway history. 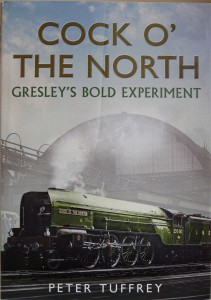 This book, dedicated to the LNER 2001 ‘Cock O’ The North’ gives a comprehensive history of the locomotive and its forerunners, from design to final dismantling.

Peter Tuffrey has published many books on transport history and Yorkshire heritage.

The book may be purchased from Fonthill Media.

The Railway Wonders of the World publication from April 1935 featured a study of ‘Cock O’ The North’ that is reproduced on its website. It includes a cut away drawing of the type that was common in its day but rarely seen any longer.

Railway Wonders Of The World