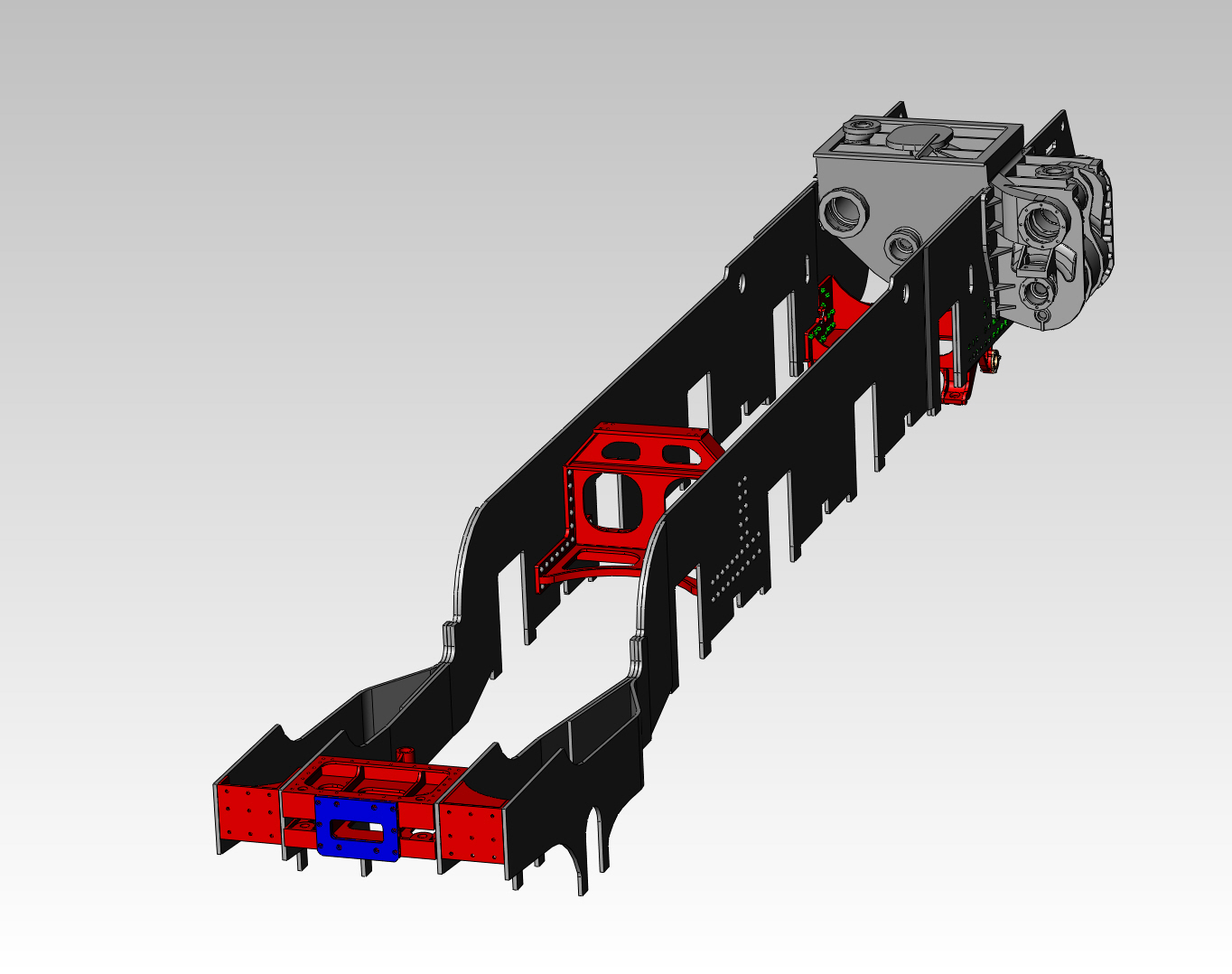 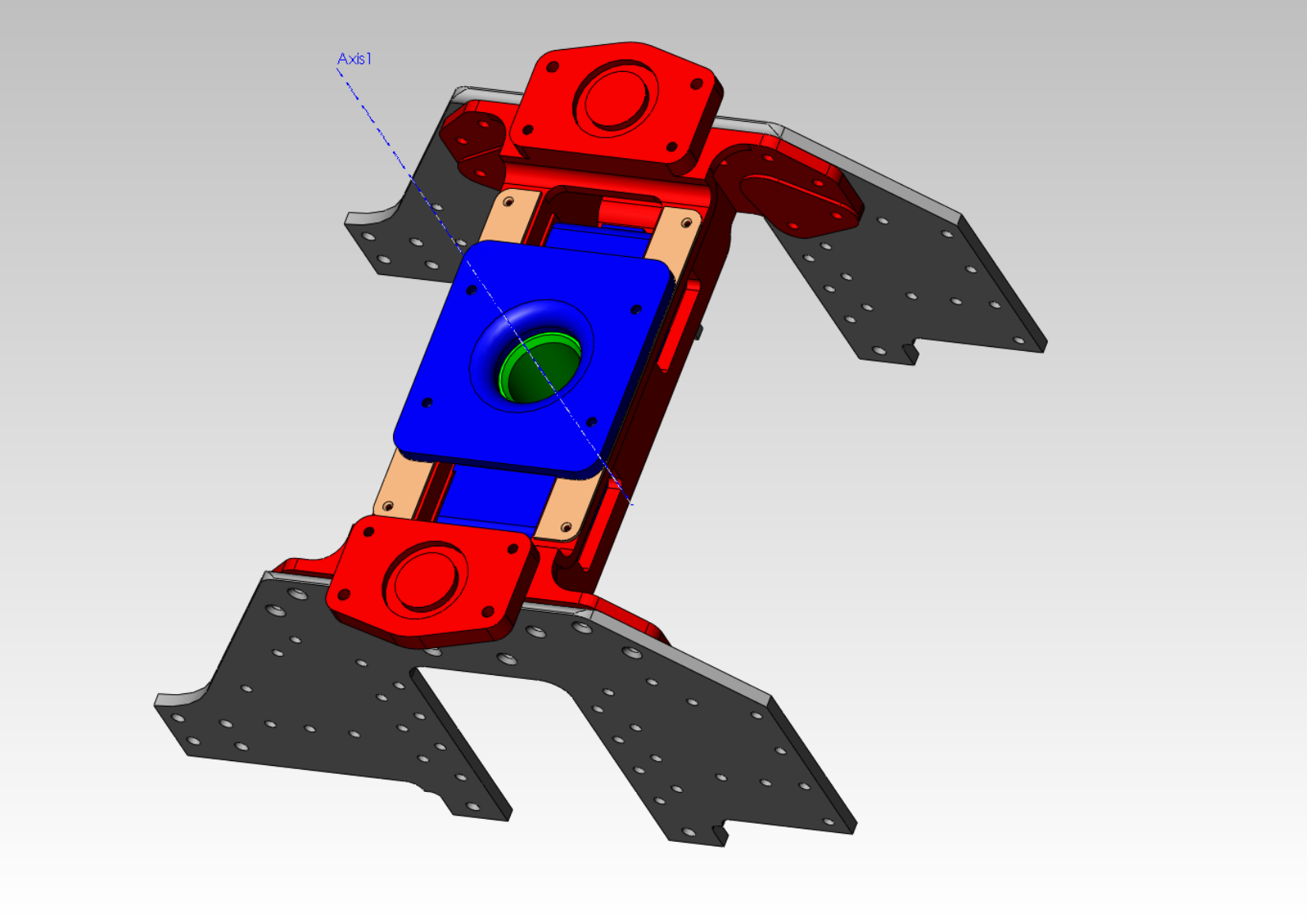 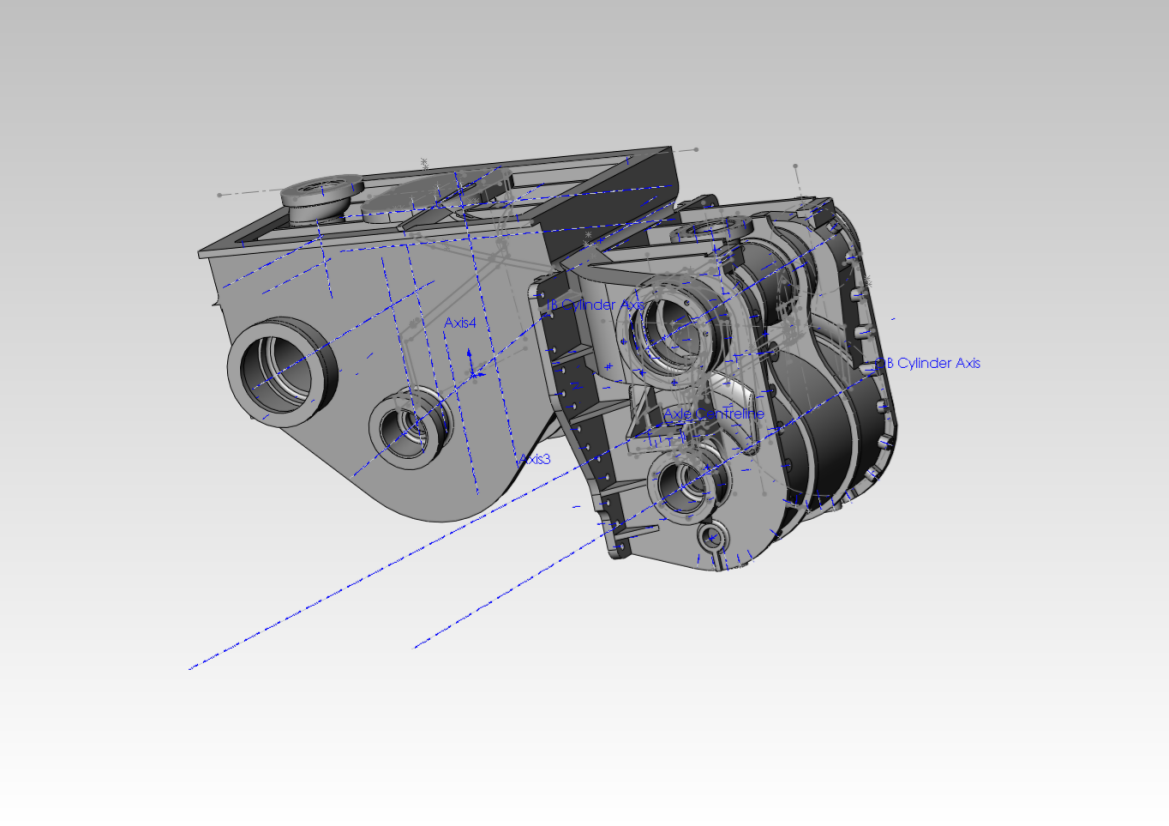 For over a decade a group of like minded people, primarily based in Doncaster, South Yorkshire, has been quietly working toward their goal to re-create one of Doncaster ‘Plant’ Works’ greatest locomotives, the LNER P2 Class ‘Cock O’ The North’. This was originally built in 1934 and designed under the direction of Sir Nigel Gresley.
Such a project has to be deliverable and data driven. Therefore our initial plan to build the locomotive as it originally appeared in experimental form could not be pursued as it would not have been reliable and would have required constant maintenance and replacement of expensive parts.  Essentially the original design was flawed so the decision was made  to build the locomotive as remodeled in 1938, when it was fitted with Gresley motion, Walchaerts valve gear and the streamlined A4-style ‘Bugatti’ front end, as were the other members of the same class. This was the same conclusion reached by Sir Nigel Gresley himself!
A project of this magnitude is governed by the funding, progress is totally dependant of the investment of the funds raised by the Trust management.  In 2014  the main frames were ordered and were put on public display at Didcot Railway Centre, one of the best known premier railway preservation centres in the UK.  The frames were subsequently brought back to Doncaster in 2016 and put on display at South Yorkshire Aircraft Museum (see picture below). To make further progress to recreate this iconic and much written about locomotive, we need your help.
Help make this possible by supporting us and bring back ‘Doncaster’s Lost Locomotive’ to re-create a legend. 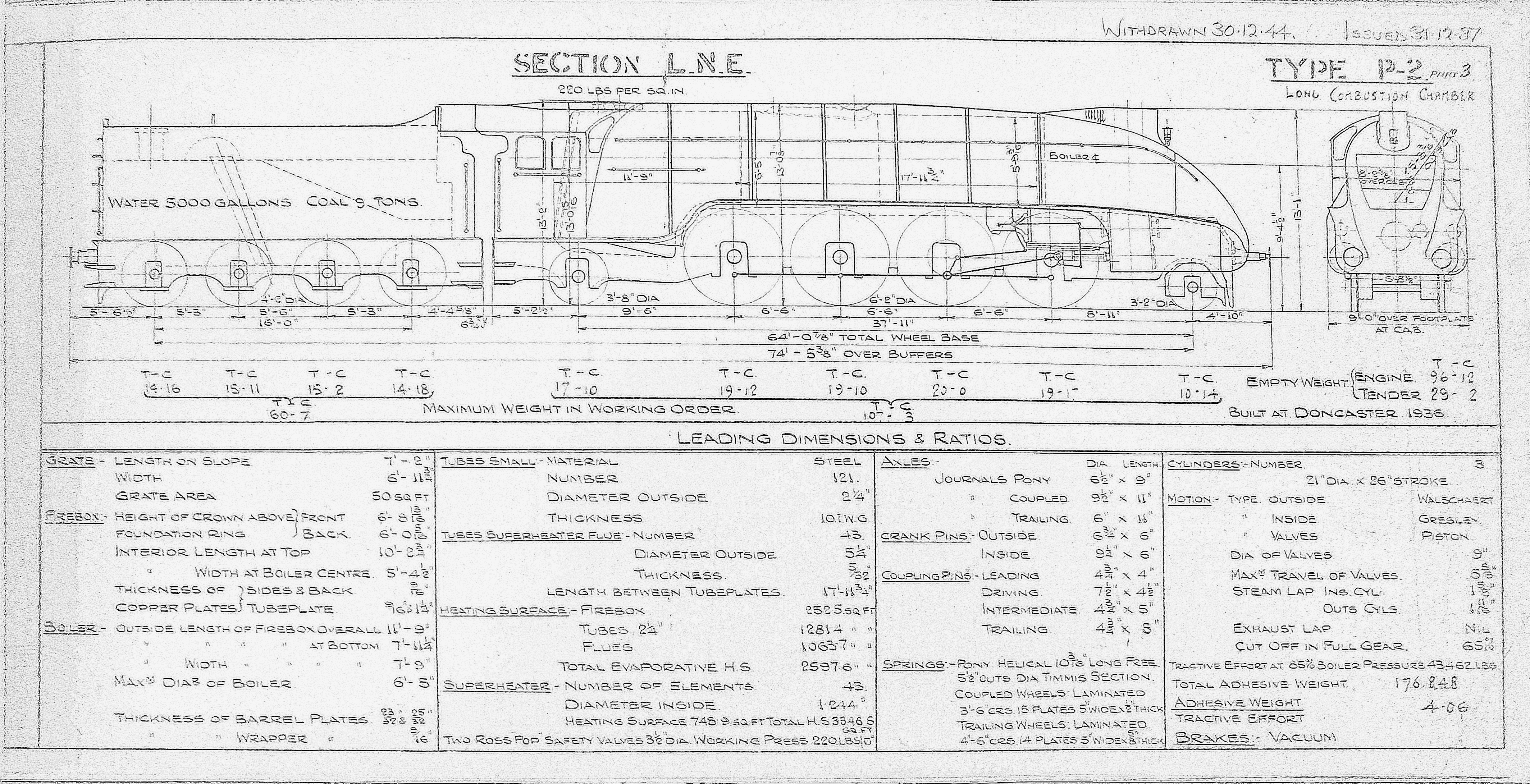 Please support the project by making a Donation or offering to help as Volunteer or becoming a Sponsor.
Supporting Us

After many months of work to prepare the frame display at South Yorkshire Aircraft Museum (SYAM), the ‘unveiling’ was held on Saturday 9th September. Over 40 Members and guests braved wet weather and our chairman, David Court, officiated throughout the event, welcoming all who attended. As if planned, a respite from the rain provided a sunny interlude for Dame Rosie Winterton, Doncaster Central MP, to perform the unveiling. Dame Rosie spoke about the importance of railway heritage to Doncaster and introduced how Doncaster Metropolitan Borough Council (DMBC) plan to develop a new museum complex which will feature a railway centre (see next article). With the help of Joe Briggs in railway uniform, a tarpaulin was removed to reveal the frames. The fabulous 5″ gauge model of Cock O’The North built by John Cottam was displayed in front of the frames to provide a reminder of how the final project build will look. John’s model can be seen in action when it takes its turn on the Chesterfield & District Model Engineering Society’s track at Hady Hill.

An original Cock O’The North nameplate was loaned by David Rogerson, Trustee of the Grammar School Collection, to sit below the frames for the event.

Marquees provided shelter for attendees to meet Dame Rosie and talk to guests from DMBC, The Clan Project, Doncaster Grammar School Collection and SYAM. A raffle was held with prizes kindly donated by North Yorkshire Moors Railway, Doncaster Cast Theatre, Holiday Inn and Members. Together with donations, approximately £200 was raised to contribute to the Trust funds.

Many thanks go to the SYAM Trustees who permitted us to hold the event and loaned equipment from its organisation. Thanks also go to all who worked very hard to organise the event and make it such a success, despite the weather!

The unveiling event marks a small but significant milestone in the COTN build project. Having brought the frames back from the GWR sheds at Didcot Railway Centre, they are now in their home town where it is planned to continue the work. Recent developments with DMBC mean an assembly hall in the proposed new museum could provide a long term base for the project. The next step will be to establish the funding program to purchase components and machining the frames ready for an assembly to create a ‘working exhibit’ which demonstrates the past skills of Doncaster’s railway industry. Any member who would like to help with the plan please contact the Chairman by email d.court@cockothenorth.co.uk. 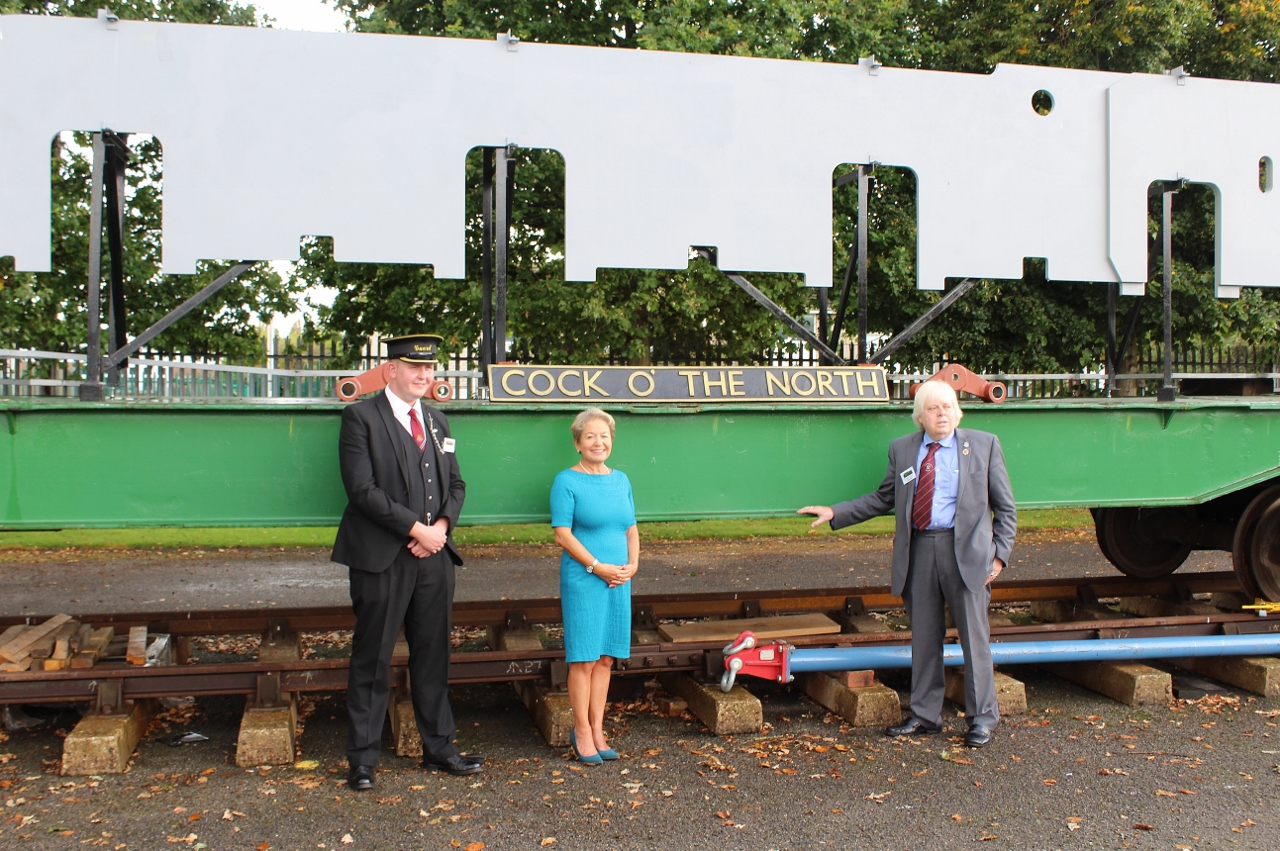 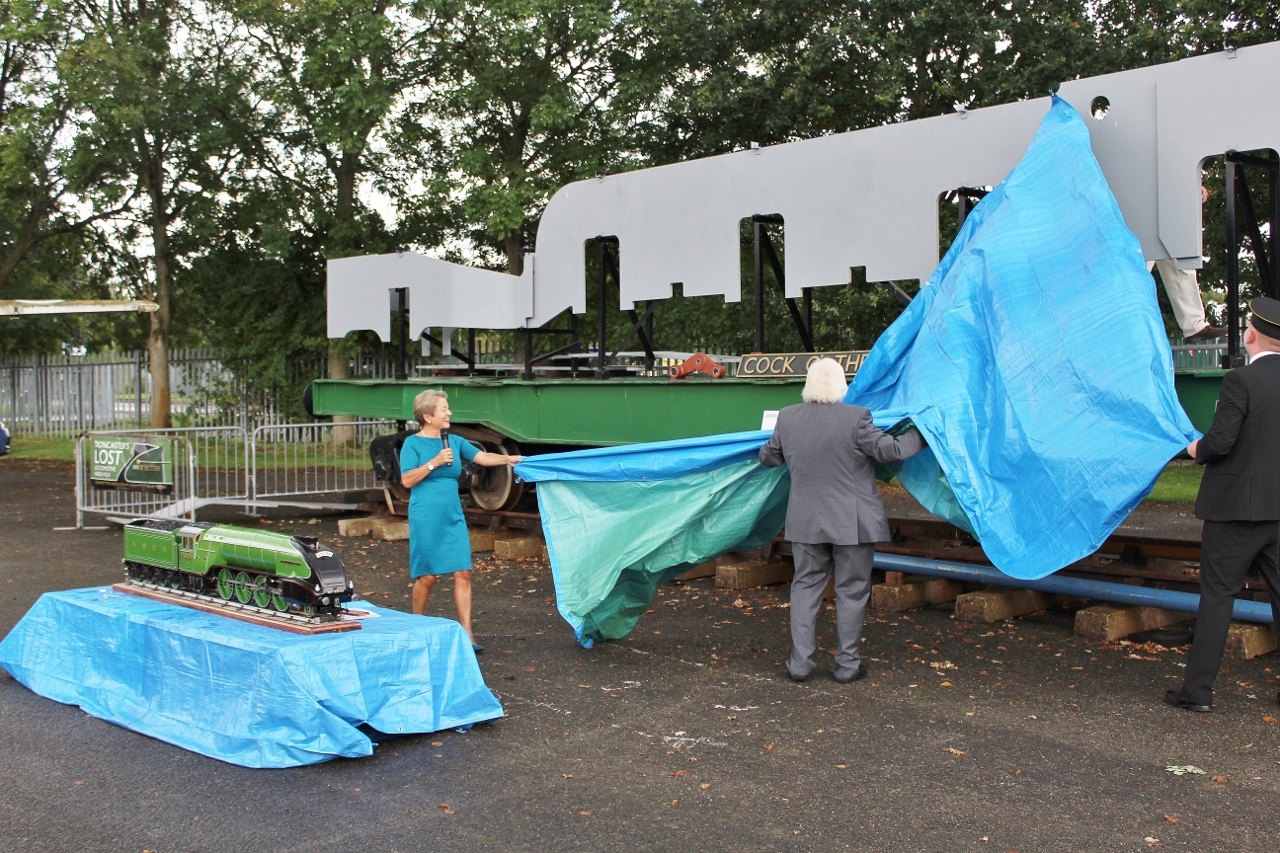 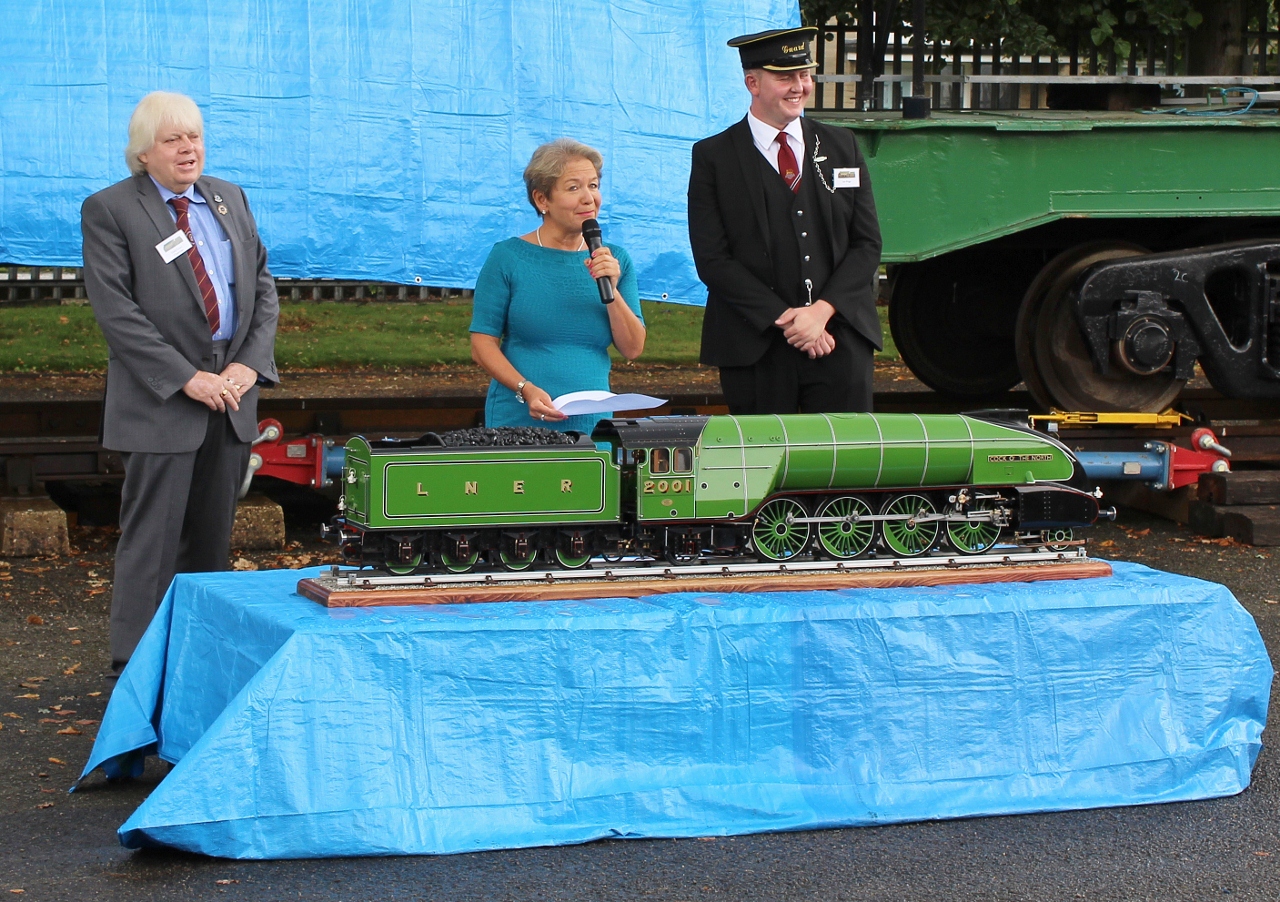 The Cock O’The North frames were originally rolled in 2014 at Tata Scunthorpe (now British Steel Ltd) and after plasma cutting and bending were transported for storage and display at Didcot Railway Centre.  The Trust is most grateful for the help of Didcot Trustees but after 2 years in their care it was time to return the frames to Doncaster.  A new home has been found at the South Yorkshire Aircraft Museum (SYAM), where the Trustees have kindly offered us space to store and display the frames along with the transport bogie and track.  A track panel was purchased from Hird Heritage Rail Services and delivered on 6th October 2016. With the help of volunteers the panel was assembled over the following weekend in readiness for the frame and bogie wagon.

After inspection of the load, the frames and bogie were moved from Didcot Railway Centre to Didcot West Yard for uploading onto Allelys road transport and delivered to SYAM on 3rd November 2016 where they were carefully positioned on the track panel.

The frames are now ready for preparation to display at SYAM.  Although the steelwork has been stored for 2 years the protective coating has preserved the material and will be looking pristine after brushing and repainting.  A steel support assembly will be welded onto the bogie wagon and the frames lifted into position to simulate the P2 layout.  We would welcome contact from any volunteers willing to help with this work or sponsor the craneage.

Work on the frames can be seen at South Yorkshire Aircraft Museum (http://www.southyorkshireaircraftmuseum.org.uk/) where entrance to the museum provides an excellent insight of Doncaster’s RAF history. 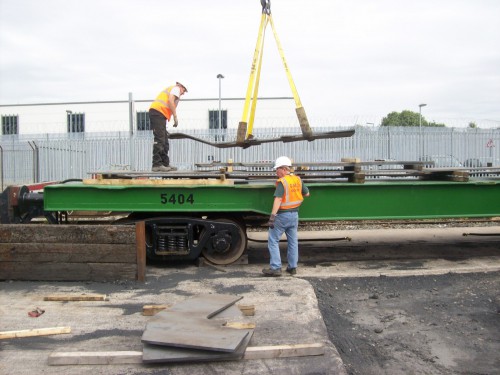 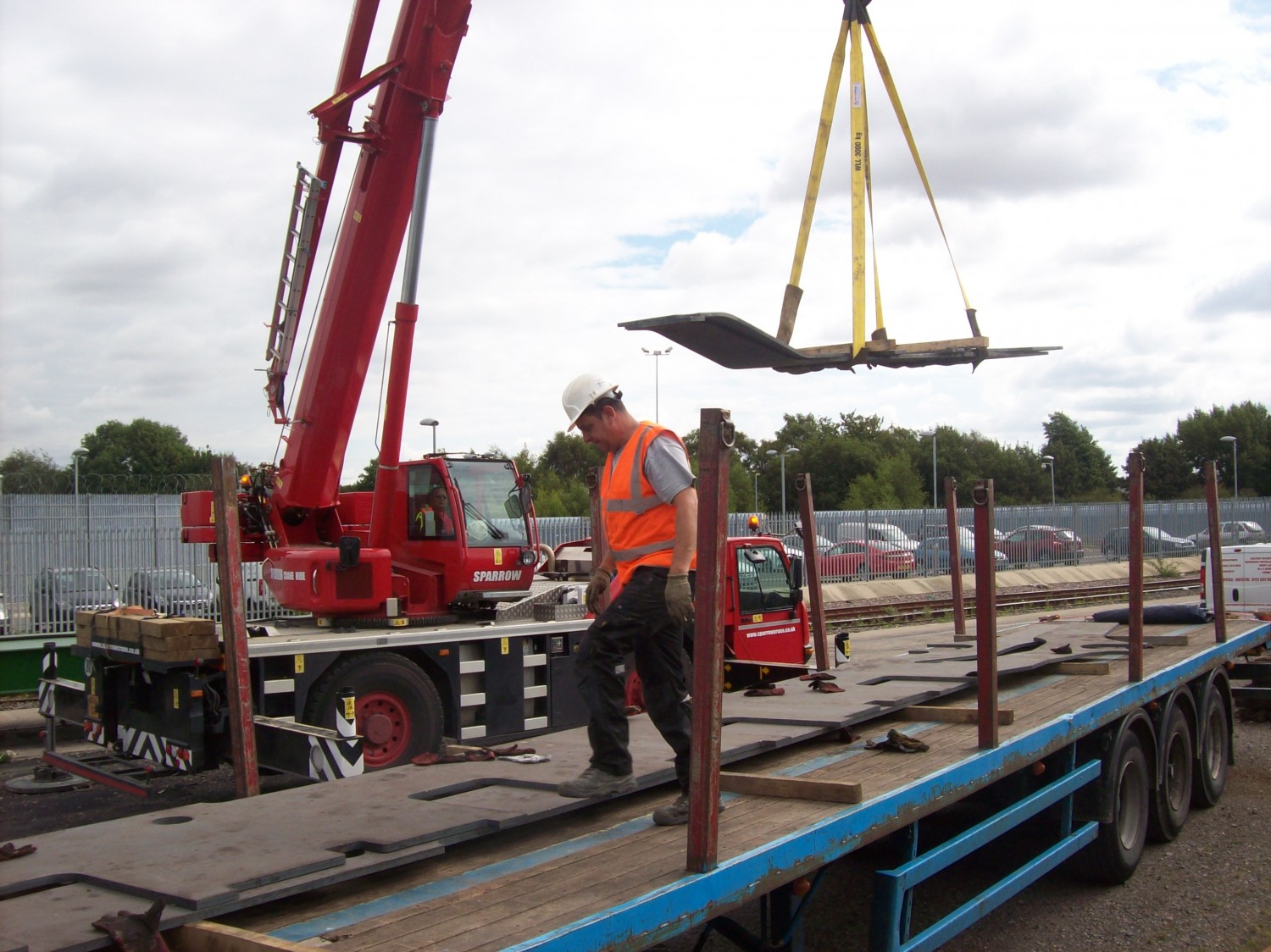 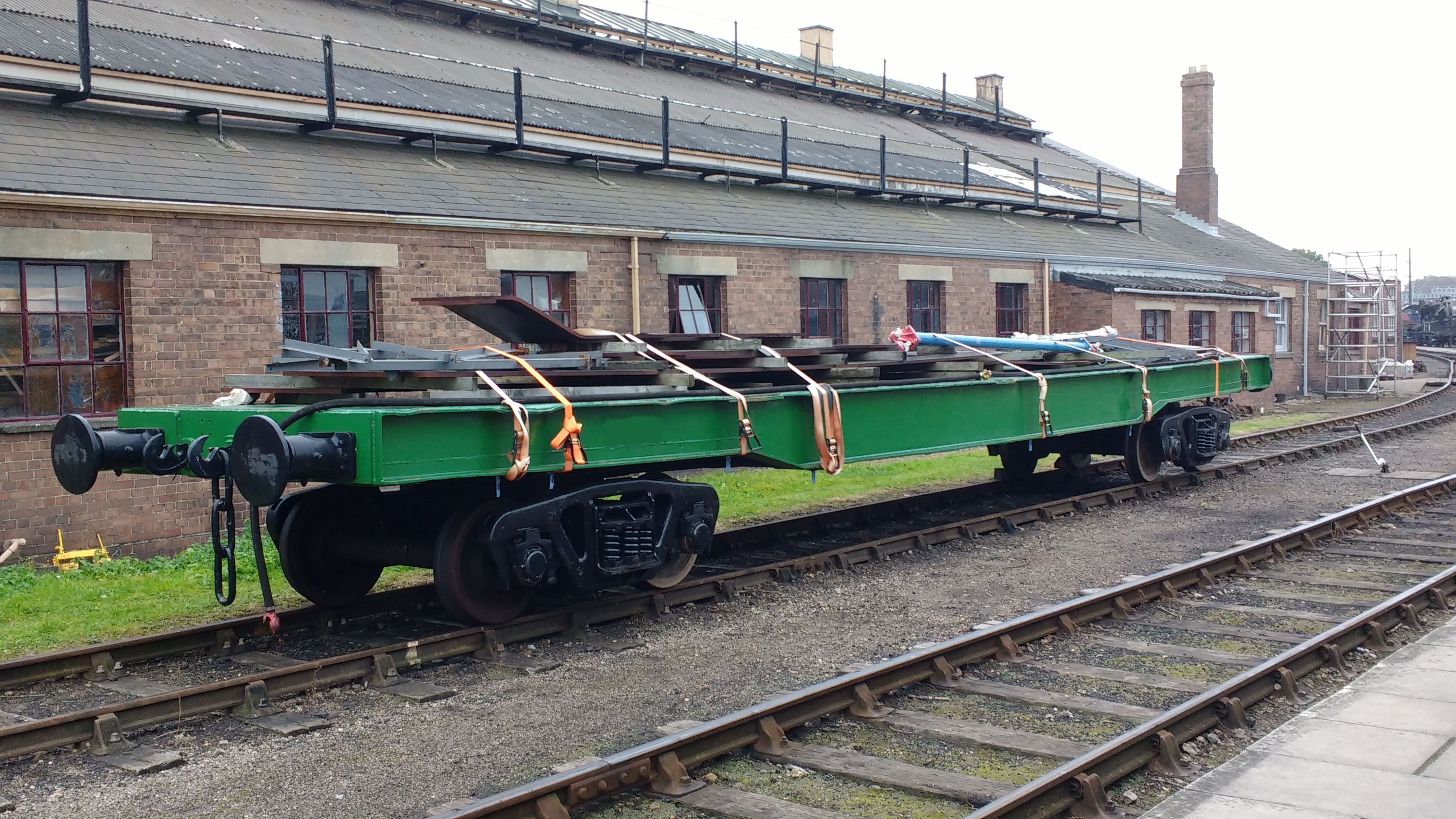 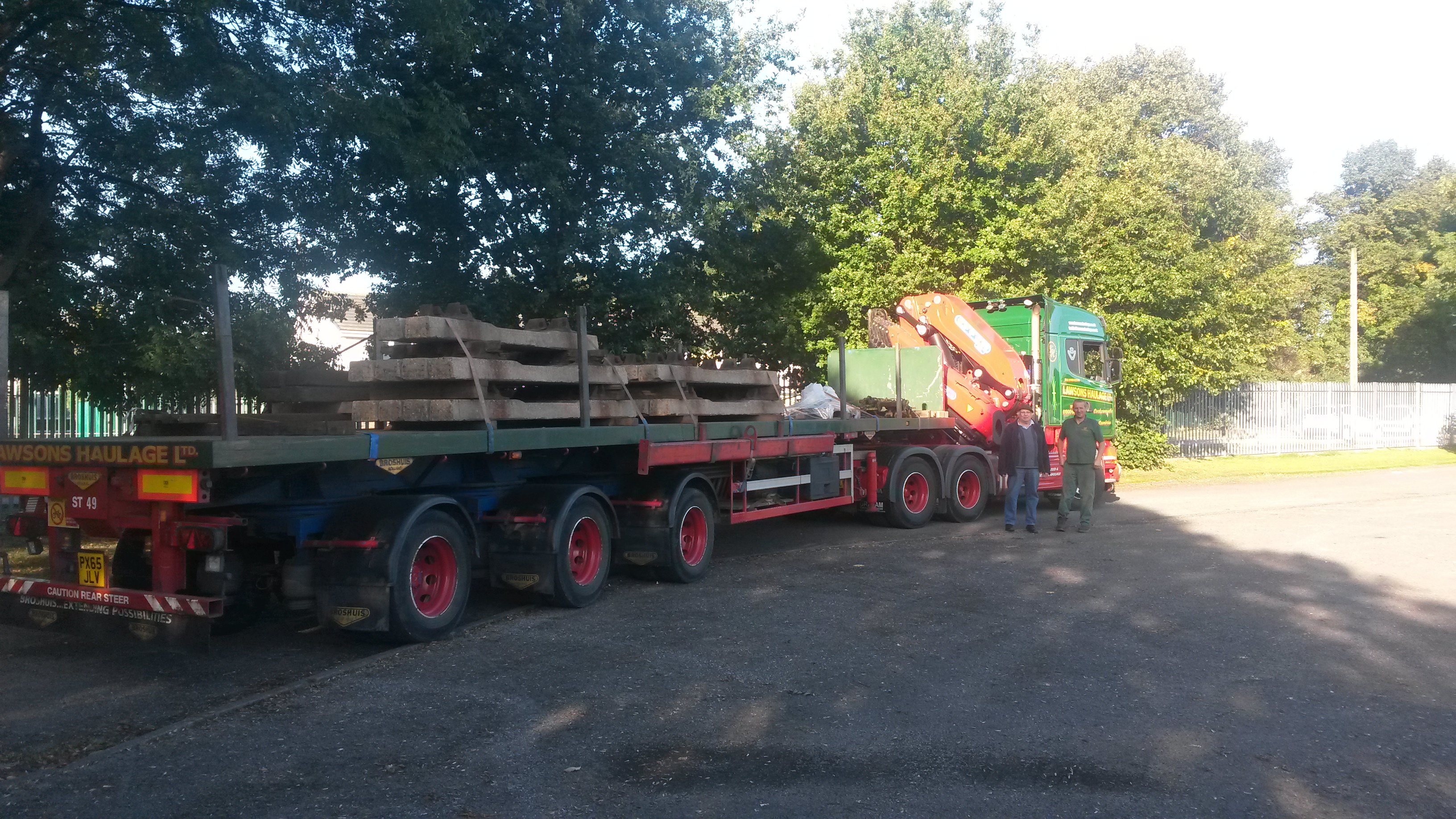 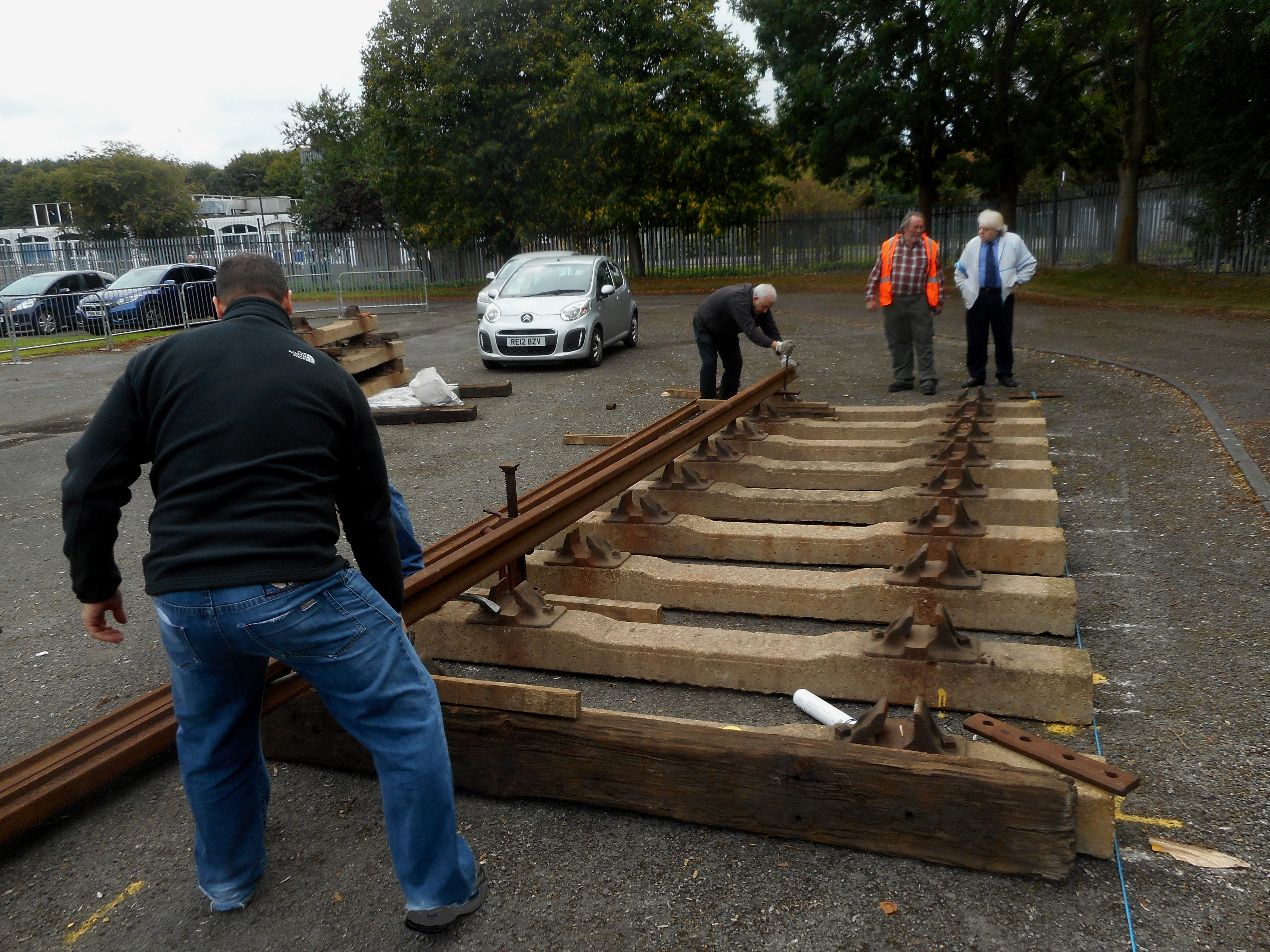 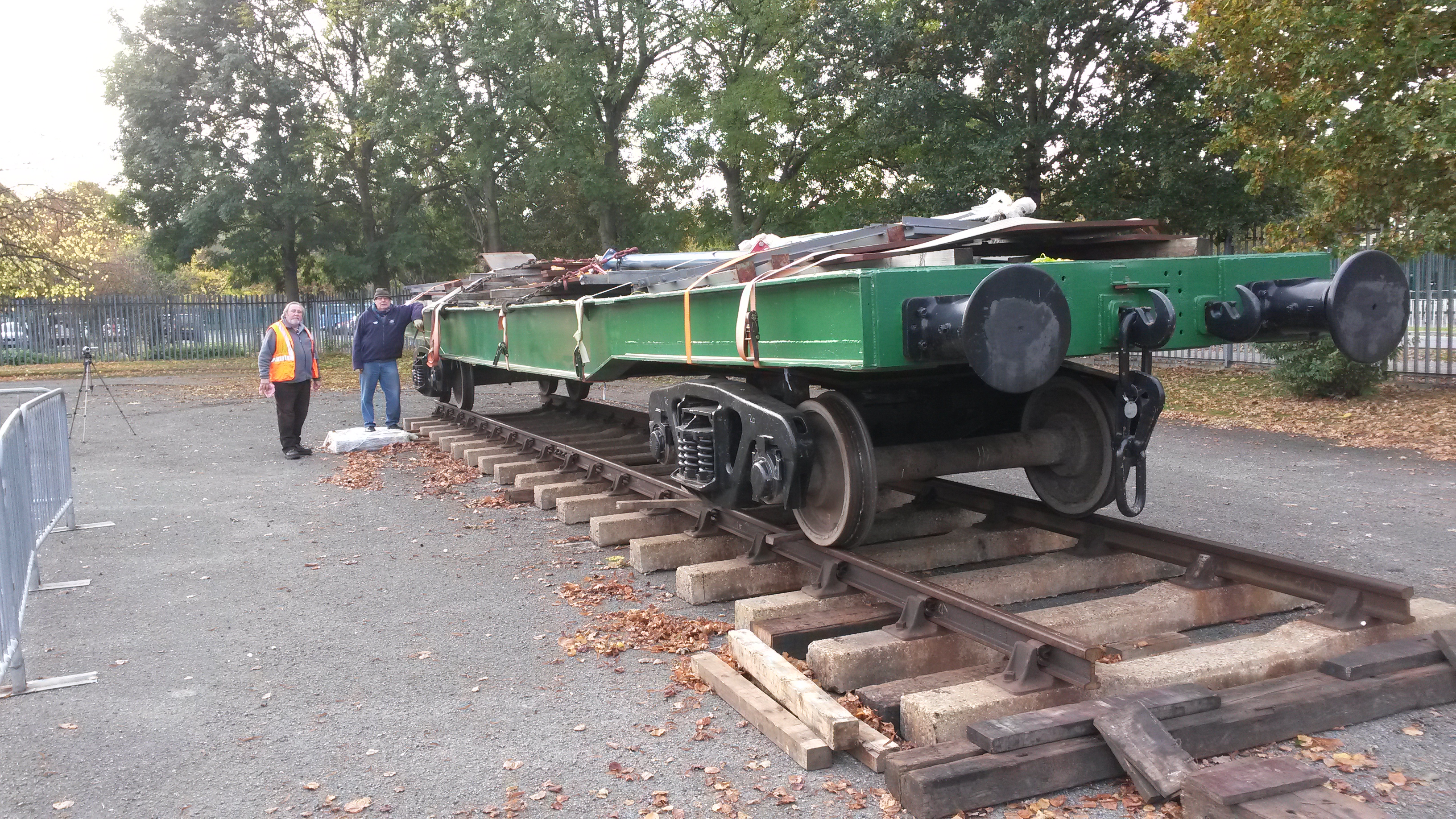